In episode 2 we got another qualifier fight matchup. This time in the -75 KG division between the Irishman, Craig “The Rock” Ryan, and the Frenchman, Rita “The Prince of Atlas” Boutadout. Both fighters made their debut hoping to impress and walk away at the end of the bout with a contract as a signed fighter for Karate Combat. They each had more than just the contract to prove -- they hoped to impress their heroes who they hoped were watching.

Fellow Irishman Connor McGregor is Ryan’s stated hero, and Boutadout is obsessed with Zindine Zidane, who is also from his home town of Marseille.  If they tuned in, there was still alot to be proud of.

But there was a hiccup.  Coming into weigh ins, “The Rock” weighed in perfectly at 75 KG. Unfortunately, Boutadout was a few kilograms heavier than the weight of 75 and had to use the grace period to cut the final pounds off to make fighting weight.

The match started off with a pretty close end of the first round. Boutadout had the edge after one, but both fighters delivered big blows and kept the action going the entire first round. Going into the second, Boutadout began to pick his opponent apart as Ryan became fatigued and dazed. A little over half way through the second round, Boutadout landed a 300 Sparta-kick, a push kick to Ryan forcing him onto the sloped pit wall. With that huge blow, Ryan’s corner threw the towel in to end the fight to protect their fighter from sustaining any more damage, giving Boutadout  the TKO referee stoppage. 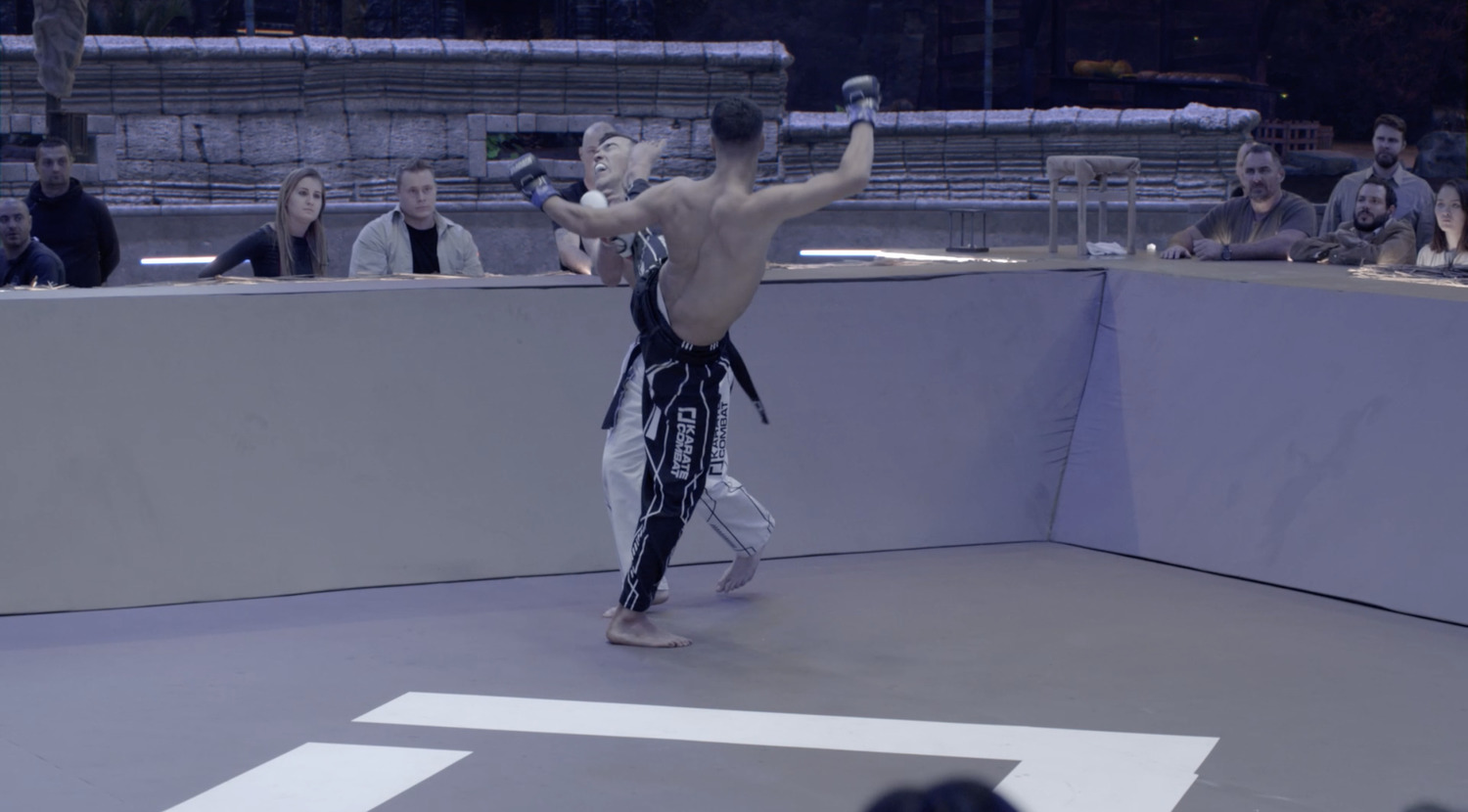 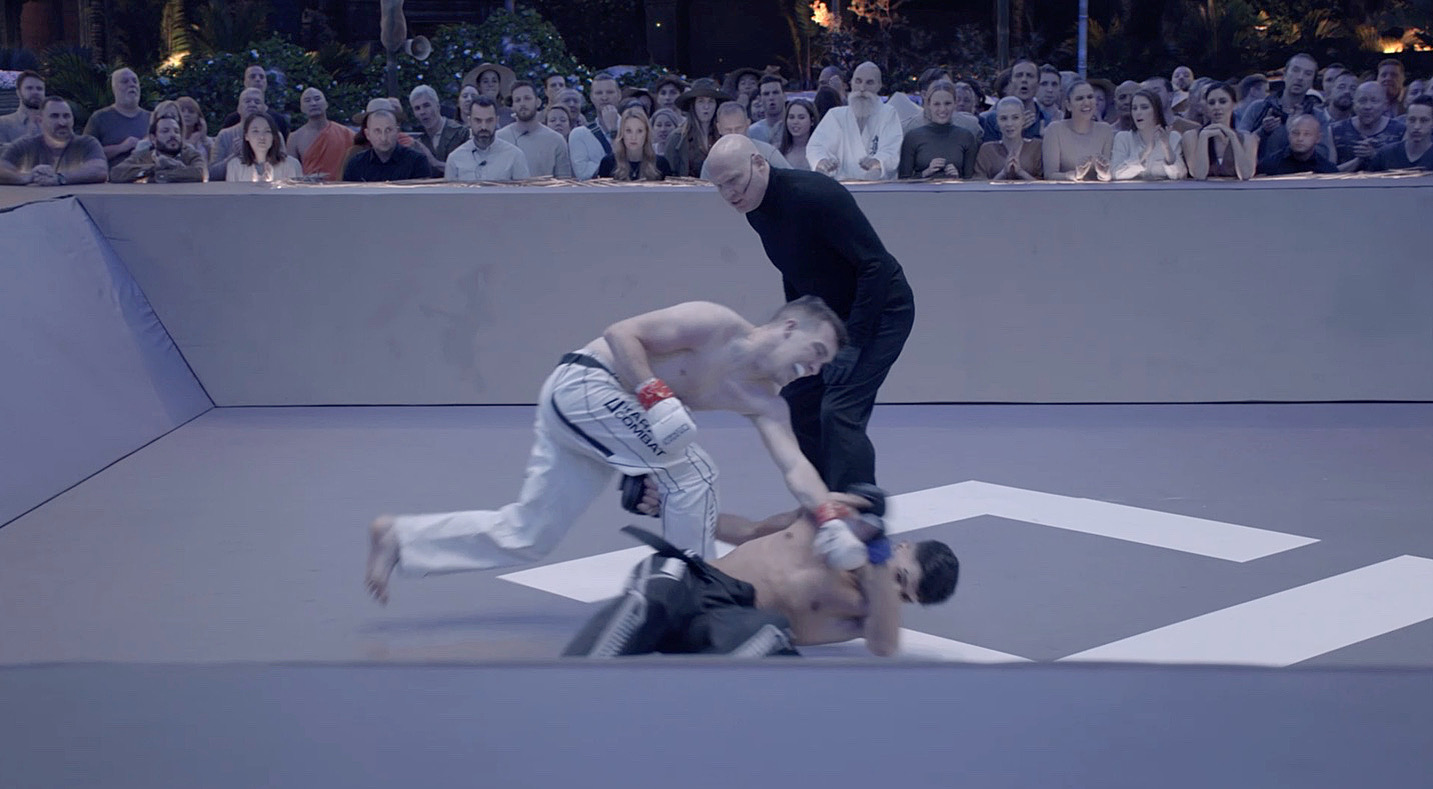 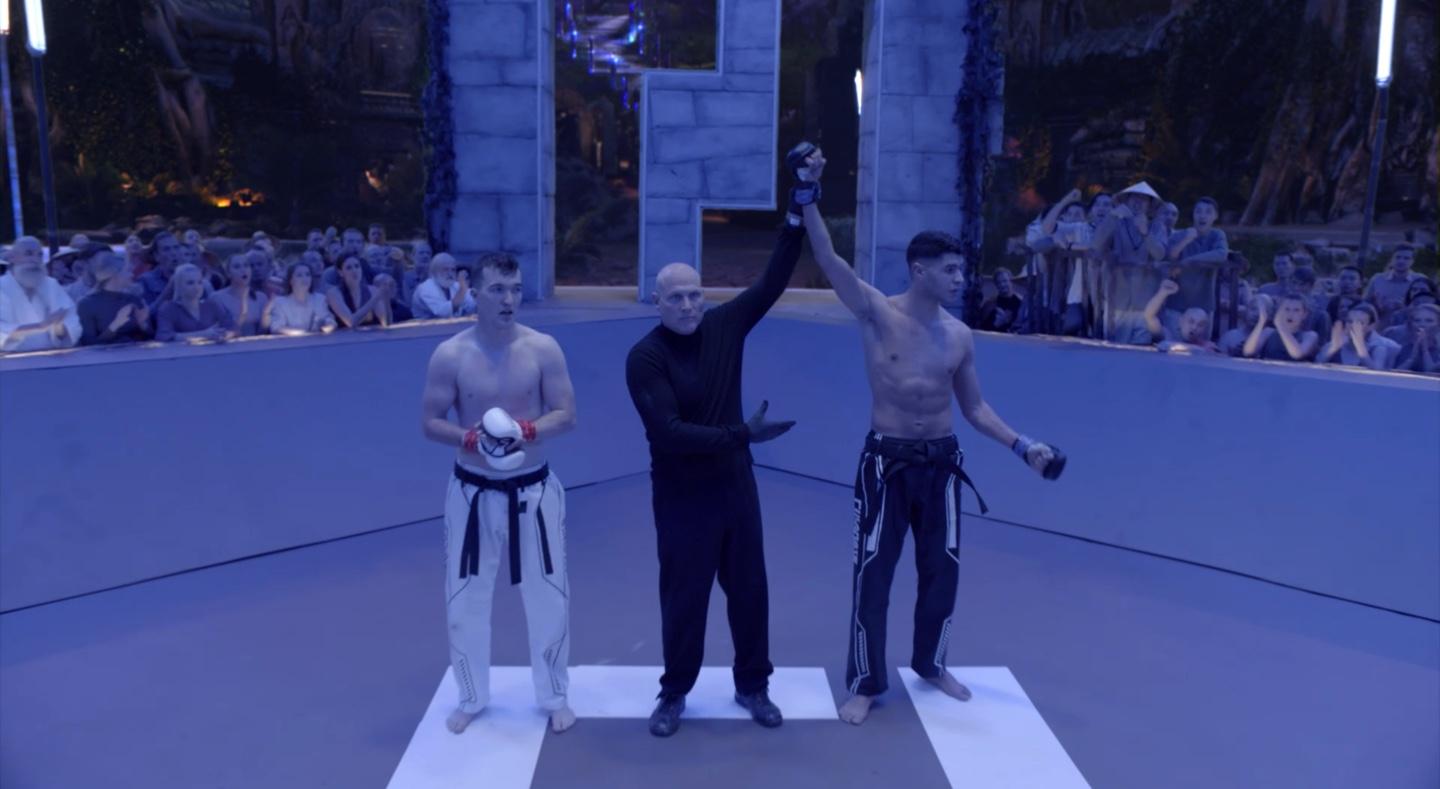 Both fighters fought well and hoped to receive the fighter contract. But even though Boutadout was the victor of the bout, due to the circumstance of missing weight, he was deemed ineligible for the award of contract. By the same token, Ryan was matched with a fighter who missed his weight, and League President Adam S. Kovacs pointed out he had come to the event on short notice.

“We are inviting them back with different opponents and we’re pretty sure they will grab that contract next time,” President Kovacs said.

If you missed the bout in episode 2, be sure to check it out. And stay tuned for episode 3 and the rest of the action in the pit all season long!