Karate Combat's diverse fighter roster features more than 150 men and women from over 40 countries competing in the league's patented pit and is the first sports league to blend real-time virtual effects with world-class athletics.

The fights are hosted by combat sports legend Bas Rutten with special guests ranging from Hollywood celebrities to NFL athletes. For more information about Karate Combat and to see past fights, visit www.karate.com.

“Necessity is the mother of invention, and our second season of Karate Combat is one step ahead of the game. Forget virtual fans and fight islands,” said Rob Bryan, CEO of Karate Combat. “We are rebuilding sports from the ground up to give fans something wildly entertaining. beIN SPORTS will bring our full contact action to the world.”

Antonio Briceño, Managing Director of beIN SPORTS North America said: “Karate Combat is presenting martial arts in a way never seen before and is poised to transition combat sports from niche to mainstream. beIN SPORTS is excited to add a groundbreaking new property to our established portfolio of world-class sports content and we are making it readily available to thousands of combat sports fans across North America for free on beIN SPORTS XTRA, our free 24/7 live sports channel.” 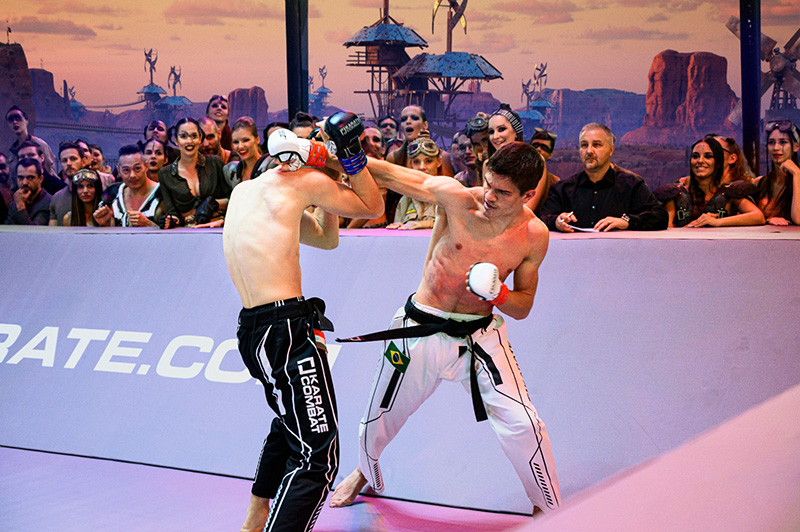 “Karate is one of the most practiced sports in the world but this is the most revolutionary change it’s had in 200 years," said Adam S. Kovacs, President of Karate Combat.

The 12-episode season of Karate Combat will premiere in the U.S. and Canada on September 24 at 10 p.m. EST / 7 p.m. PST on beIN SPORTS XTRA, the network’s free, 24/7 English-language LIVE sports, news, analysis and highlights channel.

beIN SPORTS is part of beIN MEDIA GROUP, the leading sports, media and entertainment group. beIN SPORTS holds the single largest portfolio of sports rights of any global broadcaster, operating across 5 continents, 43 countries, in 9 different languages and with over 55 million subscribers worldwide. As well as being one of the most valued international partners of the IOC, UEFA, FIFA, the English Premier League, LaLiga, the NBA, Wimbledon, USTA, and WTA, beIN SPORTS is the official broadcaster of the FIFA World Cup 2022 in the Middle East & North Africa.