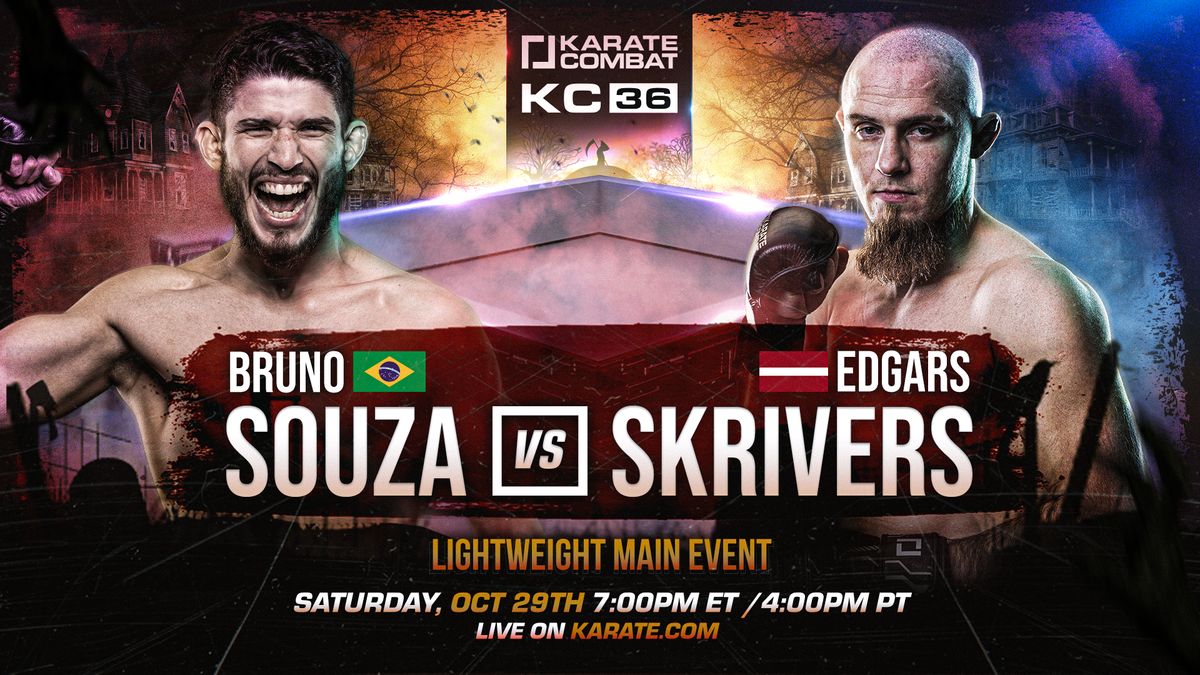 Will Bruno Souza fast track his way to a title shot?
GeneralKarate Combat 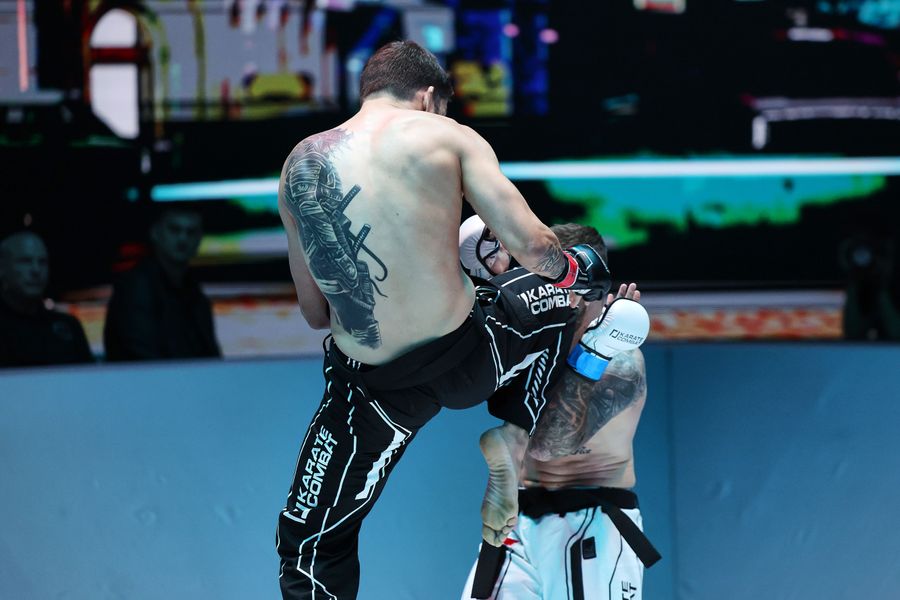 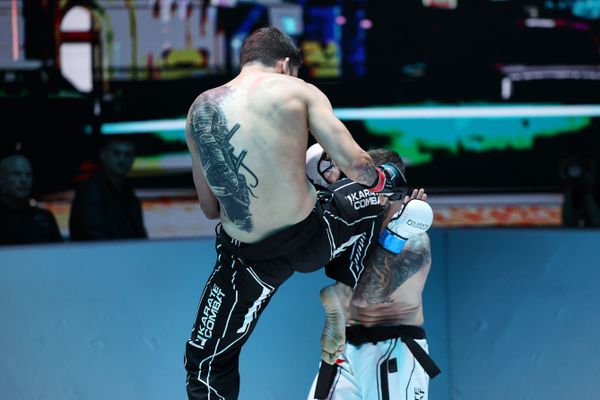 Bruno Souza is a true protegee of Machida Karate. He first trained in Shotokan Karate under the Machida Patriarch Yoshizo Machida before transitioning to MMA with the help of Lyoto Machida and Chinzo Machida. He now teaches at the Machida Karate Academy in California, though he visits Florida often to train with his mentor, League Sensei Lyoto Machida who has relocated there.

While a Protégé of Machida Karate, this does not mean he fights exactly like Lyoto Machida. Bruno is more aggressive (very fitting for Karate Combat) and has a much more varied repertoire of techniques. You will see Bruno utilizing Tobi Hiza Geri (Flying Knees) or even a handstand kick. But the most notable strike he used in his debut is the Traditional Okinawan style of Mawashi Geri (Roundhouse Kick). This kick strikes with the ball of the foot instead of the instep or shin. It results in a much more penetrative strike and a more difficult kick to defend. 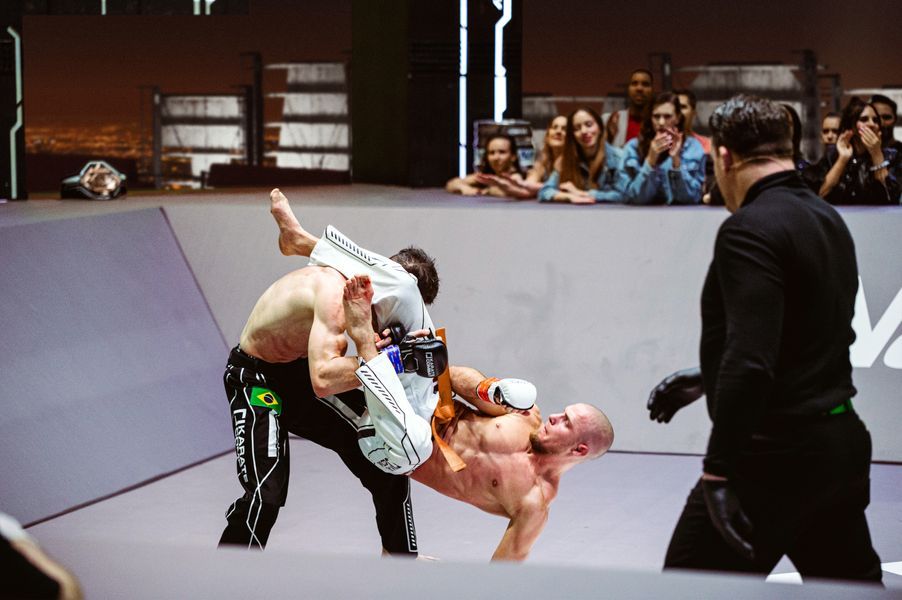 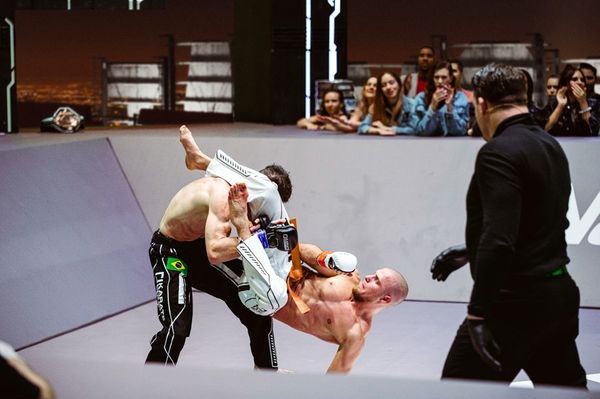 Once Edgars Skrivers is close to you, he stays there testing your will power. He is among the most creative strikers in the Pit, utilizing fantastic kicks like Do Mawashi Kaiten Geri (Rolling Thunder Kick) and completely innovative strikes off the Pit Walls. He can be effective at any range.

Like his opponent, Edgars Skrivers also began his training in Shotokan Karate, training in the art since the age of 6 years old. He won many titles in Sport Karate before transitioning to MMA. Thereafter, he cross trained in many different martial arts like Muay Thai and boxing, but held onto his traditional Shotokan blitz style.

In Karate Combat, Skrivers adopted a high guard and an aggressive style more similar to a traditional Kyokushin Fighter than a long-range blitz fighter. But Skrivers still utilizes the blitz to close the distance, sometimes after evading a strike.

Skrivers has started teaching this unique fighting style he demonstrates in the Pit. He calls his system Skrivers Karate-Do. 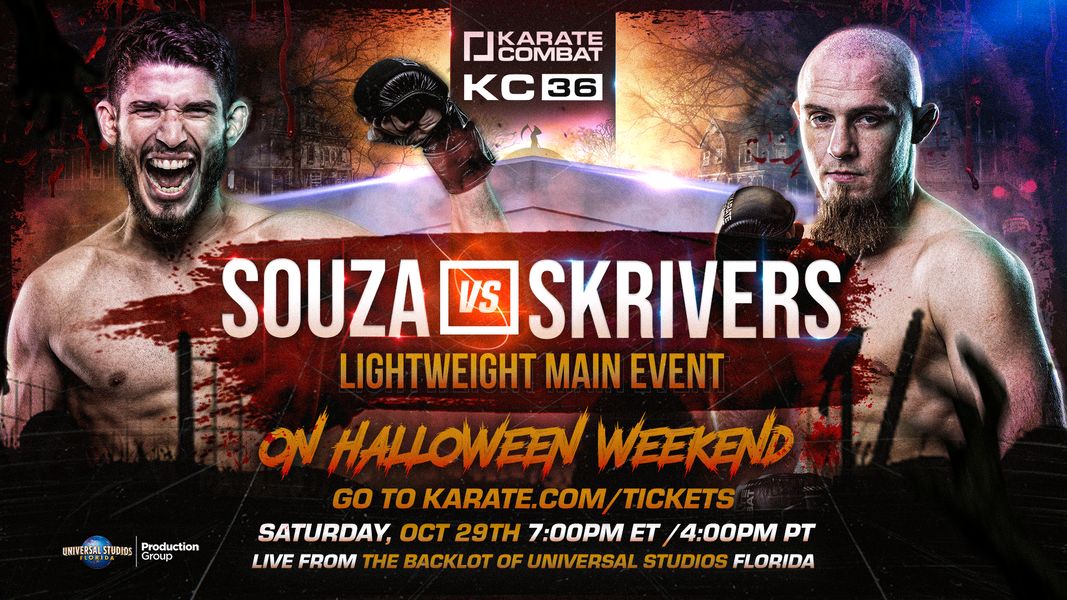 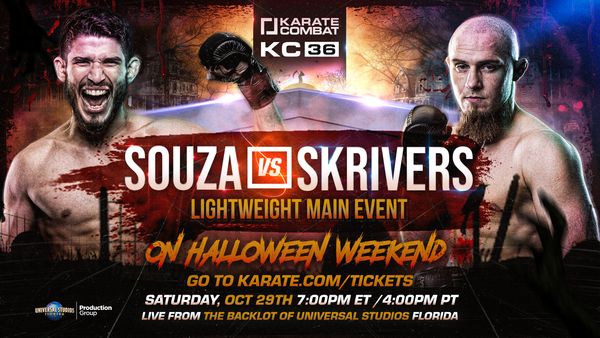 Both of these fantastic strikers will come to blows soon in a bout of high-paced and high-level Karate action. So be sure to get your Tickets now because you don’t want to miss this!