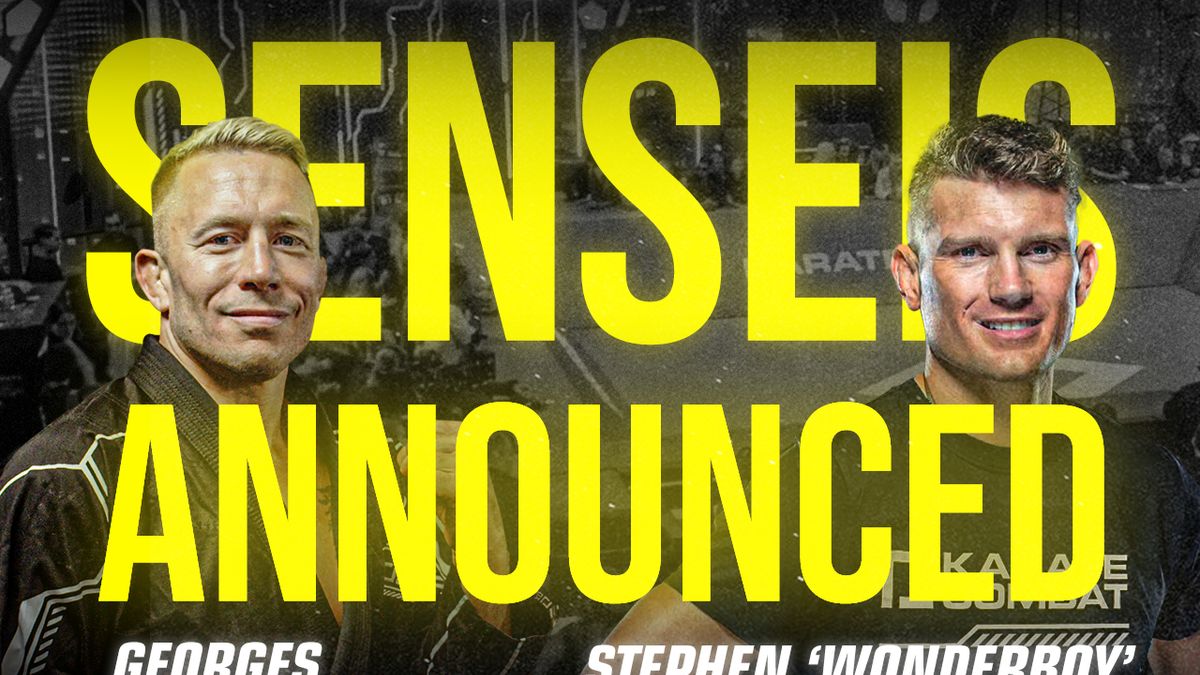 St-Pierre and Thompson have taken roles as Karate Combat Sensei, which will see them play prominent roles in Karate Combat programming throughout 2022 and beyond.

The role - Thompson’s first for the promotion - expands on the Season Sensei role occupied by St-Pierre and Lyoto Machida in last year’s Karate Combat: Season 3 and will see both veteran karate stylists share their knowledge and experience with Karate Combat viewers and fighters alike. 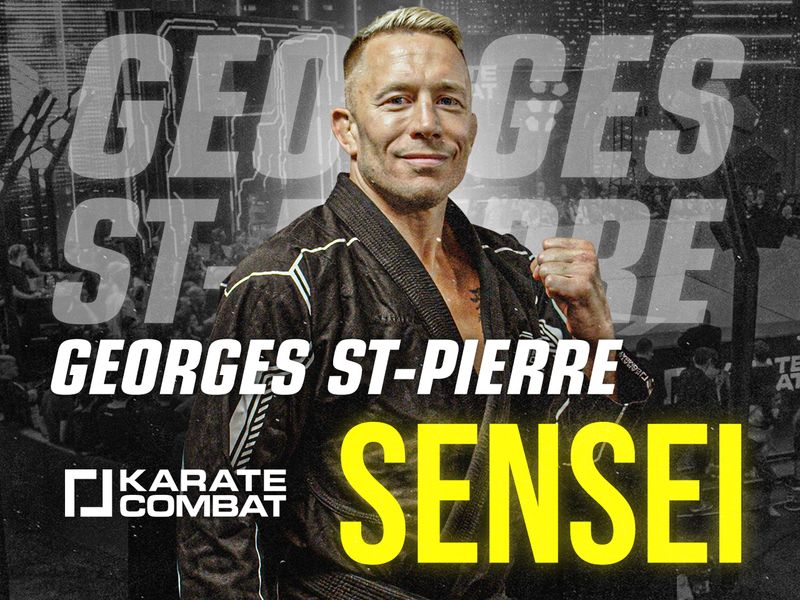 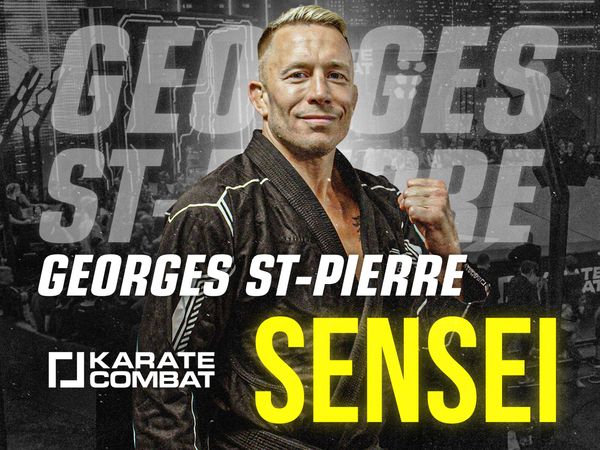 “There’s a lot of good talent here, I can’t wait for people to see what’s coming. I like the fights, I like the production, and I’m happy that now karate fighters have a place where they can turn pro. Karate Combat offers a place where all the karate styles meet each other and it’s very fast-paced, very exciting, a lot of finishes." - Georges St-Pierre.

“If Karate Combat would have existed years ago, I would surely have competed in it. Now my serious competition years are behind me. I think I serve better as a sensei. A sensei is not only an instructor but a teacher. It goes beyond being a coach. You teach guys about life, not only what’s in the gym.”

Thompson, a sixth-dan in Kempo Karate and top-ranked UFC welterweight, said “I’m following in GSP’s footsteps here in becoming a Karate Combat Sensei. I’m here to give fans the breakdown of what's going on and also give some hints and tips to the fighters as well.

“There was nothing for karate guys back in the day to make a living, now Karate Combat is here. It's very exciting and I am looking forward to playing my part in taking things to the next level.” 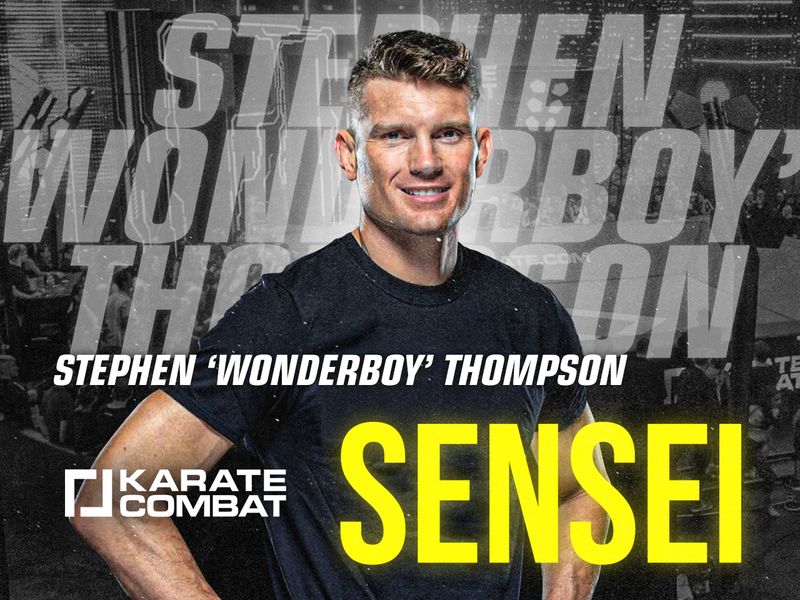 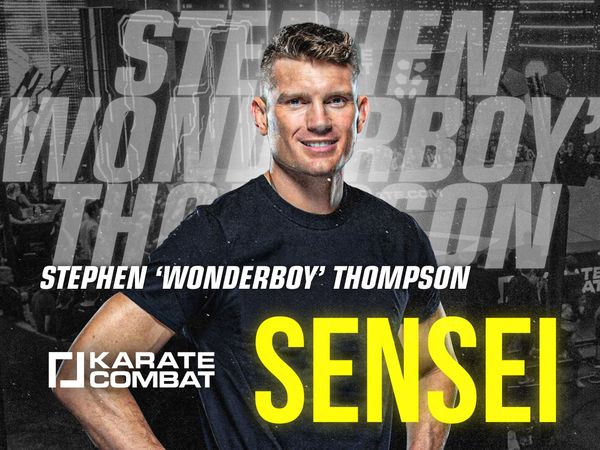 St-Pierre and Thompson are two of the most accomplished karateka in history. St-Pierre holds a still-unbeaten record of nine UFC Welterweight Championship defenses and is also one of only four athletes to have held a UFC title in two different weight classes, while Thompson has won an astonishing seven performance awards from the UFC.

Both have deep roots in karate: St-Pierre was a 2nd Dan black belt in Kyokushin Karate by the age of 12 while Thompson was trained in Kempo from an early age by his father and began competing at the age of 15.

Throughout 2022, St-Pierre and Thompson will draw upon their experiences to offer guidance, analysis and insights as the world’s top karate fighters battle for supremacy in The Pit, Karate Combat’s trademark fighting arena.

“Our last season took Karate Combat to new heights and we’re only just beginning. We’re building a whole new sport and to have partners like Georges St-Pierre and Stephen Thompson help us build this sport is amazing. They are an inspiration to us, the fighters and the fans.” - Adam Kovacs, Karate Combat President.

Karate Combat: Season 4 is scheduled to premiere later this Spring 2022 and will be televised worldwide in over 100 territories. Details of the season premiere, broadcast platforms, and line-up will be released in the near future via Karate.com