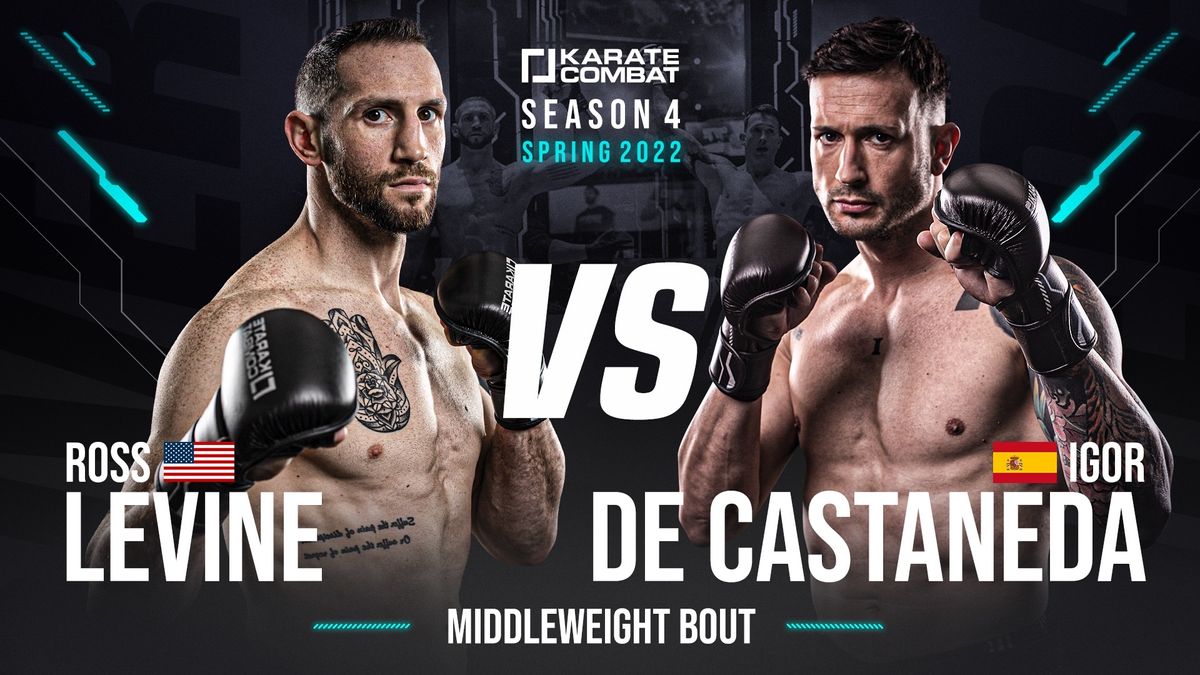 When Ross "Turbo" Levine took to Instagram and asked his fans who they'd like to see as his "next victim," Igor de Castañeda did not find it amusing.

As announced at the Season 4 Kick-off Press Conference, the two karateka are facing off at Karate Combat Season 4 in a title eliminator match, which means the winner fights for the KC Middleweight Championship now held by Shahin Atamov.

The Spanish fighter known as The Iberian Bull messaged Ross personally to let him know how disrespectful he found his post... but Levine could not relate.

"I think that it was really disrespectful - not just for me but for all the fighters - and I think that it's really arrogant," de Castañeda told us.

"After my first fight, I posted a snapshot of the division, with Atamov, Igor, myself and a couple of other fighters. And the caption was, “Who’s next for Turbo?”. Just to spark a little discussion for the fanbase.

I tagged some of the fighters in the post. Igor was one of them. He sent me a DM telling me that I was being disrespectful. He said, ‘This isn’t the streets, this is karate, you should have more respect’.

I’m like, if anything, that was the most respectful thing I could have done, because now I've exposed him to all of my fans! If he thinks I'm disrespectful, it is what it is. We went back and forth. I just told him that he's a target. I gave him the honest truth. And if he doesn't like it, that's up to him."

But if argument didn't work for each other before they were scheduled to fight... it definitely isn't working now.

De Castañeda went so far as to suggest that all respect-minded fans are rooting for him to defeat Levine.

I'm sure that a lot of people want him to win. But the people who respect karate, people who keep respect, they will want me to win. And for me it’s good - the last guy who had a big mouth, the fight lasted 36 seconds. So maybe it’s better when I’m a little bit furious.

The American, on the other hand, doesn't see his opponent's potential fury as a benefit. He wants his opponent to come into the fight angry.

So, will the Iberian Bull give Ross Levine the horns? Or will Levine become the matador?

Only one way to find out...

Don't miss their bout this Spring!