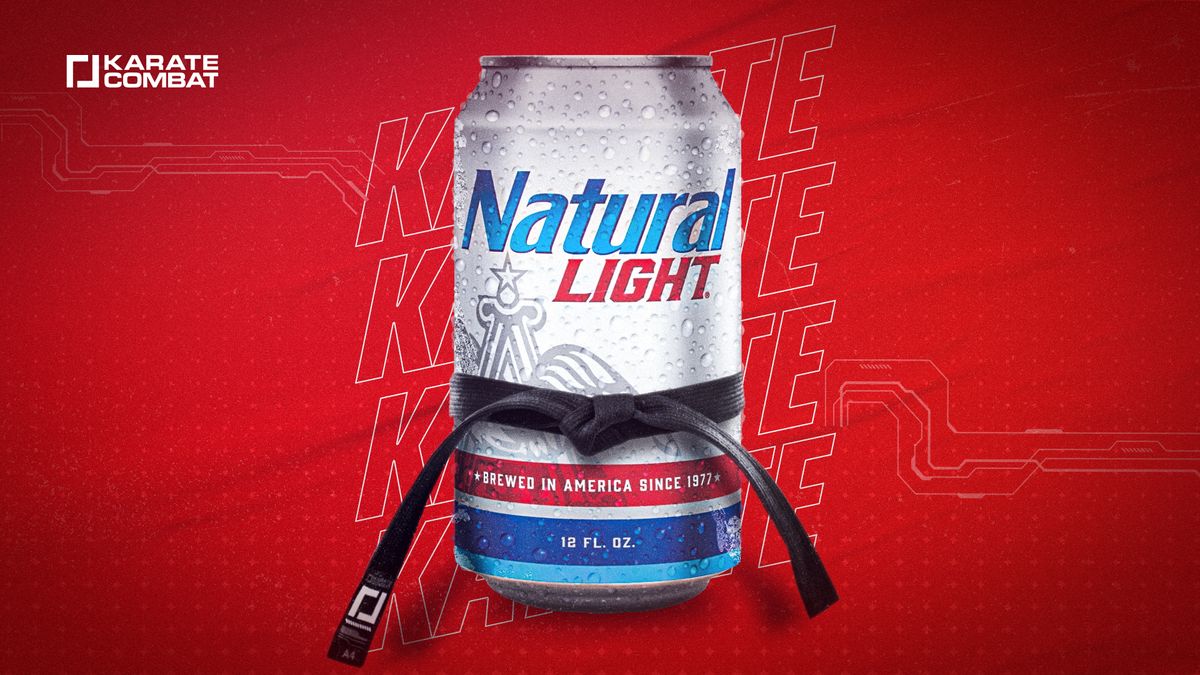 Karate Combat’s partnership with the #6 selling beer in America includes branding inside The Pit, Karate Combat’s trademark fighting arena, and in CGI elements created using the Epic Games Unreal Engine as seen in Mandalorian and Fortnite.

“Natty Light will be intertwined in Karate Combat: Season 3, bringing even more energy and action to their passionate fan base and intense karate competition."

“Our unique format and groundbreaking production standards come from us being completely original and staying true to ourselves. That’s something every Natural Light fan can relate to, so we are thrilled with this partnership,” said Adam Kovacs, President, Karate Combat.

Karate Combat: Season 3 will be the biggest season yet from the fast-rising promotion.

Natural Light was introduced in 1977 as Anheuser-Busch’s first reduced-calorie light beer and is currently the sixth best-selling beer in America.