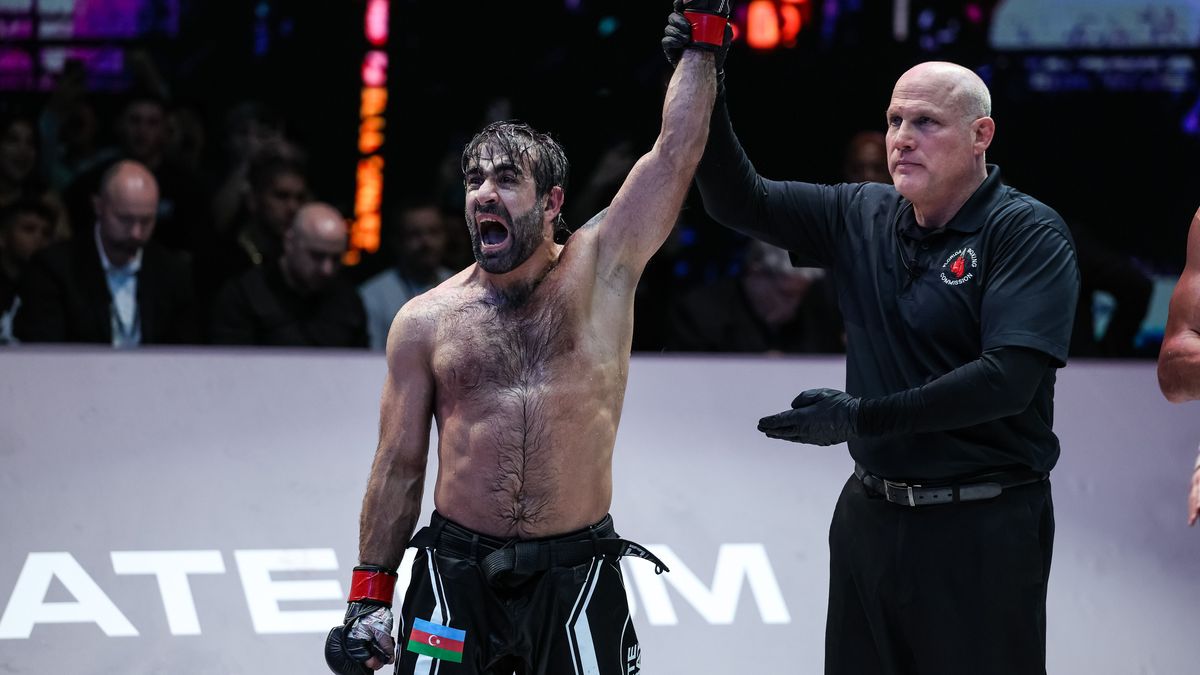 Editor's Note: This article may be very helpful for most readers, but there is no substitute for the Official Rules, located here.

Karate Combat's Judging Criteria uses the 10 Point Must System, the same system used in Boxing and MMA. However, the criteria and order of priority are different in Karate Combat fights.

“Pressure isn’t getting hit, but [it's] the threat of getting hit.” - Legendary Boxing Trainer, Cus D’Amato

Forward pressure is an important aspect of effective aggression, but it isn't the only one.

The most important aspect of effective aggression is controlling the pace of the fight and effective activity.

On the other hand, expect excessive passivity to be penalized on scorecards. Judges want to see matches that showcase a Karateka’s fighting spirit and the traditional ethics associated with Bushido and the Budo of Karate.

Naturally, chasing an opponent with no "effective" result will not earn high marks.

Grappling isn’t specifically referenced in the judging criteria. But when it comes to effective aggression, throws by themself don’t score highly. However, throws amplified with ferocious ground and pound will score high.

This simply refers to the number of legal kicks that you cleanly land on your opponent.

This is similar to and can be seen as nod to the American Full Contact Karate/Kickboxing competitions of the 60s-90s. However, in those competitions, fighters were forced to utilize at least seven kicks per round.

Unlike the competitions of old, Karate Combat doesn’t try to force fighters to fight in a specific way. Fighters have the freedom to express their own styles.

This rule is rather meant to create an incentive for fighters to utilize the full range of beautiful kicks found in Karate.

The Number of Effective Kicking Techniques will only be scored when effective aggression is scored equal for both fighters.

Similar to prior criteria but expanded to all strikes, this refers to the number of legal strikes one fighter lands cleanly on another. The legality of a strike is important to note here. If for example you pulled your opponent onto your knee strike using a Muay Thai Plum. That would not be scored since that is not legal strike.

Effective Striking will only be scored when the number of Effective Kicking Techniques are equal.

Dominance is a matter of which fighter enforced their will on the other. A measure of the dominance in a round can be seen when a fighter causes his opponent to continually defend and rarely or never engage in offense.

Dominance will only be scored when Effective Striking is scored equally.

The more damage a strike does, the more it factors when scoring a round. Power strikes count more than jabs.

Additionally, the fighter who controls the Pit better will have an advantage.

Damage and Control will be scored at the same level of priority and only be scored when Dominance is scored equally.