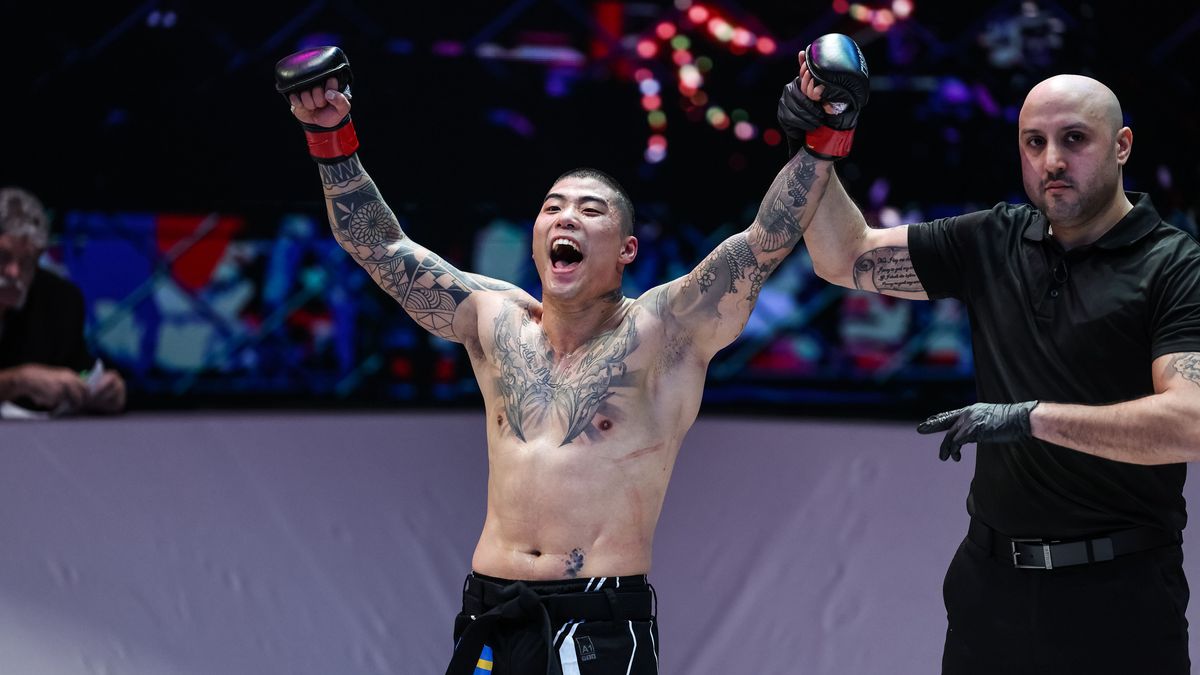 No doubt about it: Ericsson is for real
GeneralKarate Combat

Leading up to #KC37, the internet was buzzing over Samuel Ericsson, as it often does.

The Swedish striking sensation has a HUGE following on social media, largely due to his explosive workout routines, aesthetic aerial kicks, and other entertaining content.

Ericsson competed for Karate Combat once before, and defeated his opponent Alberto Ramirez by decision, one largely contested by fans. It was speculated that perhaps Samuel was all show and no “go” when it comes to punching something other than a heavy bag.

All pressure was on Ericsson Saturday night when he competed against Tarek Khelifi in a 3 round lightweight bout. Defeating the opponent across from you is hard enough, especially when the result will be scrutinized and under the microscope of hundreds of thousands of people who follow your every move.

ERICSSON ROSE TO THE OCCASION 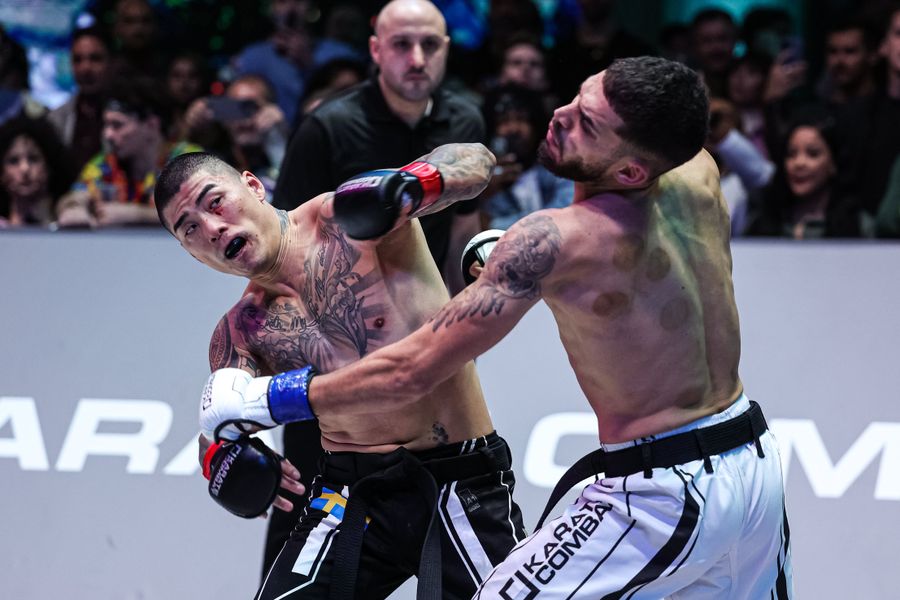 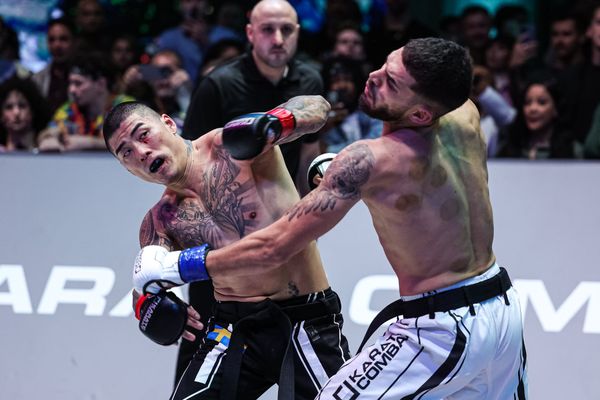 Rising to the occasion (Ryan Loco for KC)

Samuel Ericsson defeated Tarek Khelifi by TKO after Khelifi severely rolled his ankle during the 3rd round of their match. [This may have been aided by at least one very powerful leg kick by Ericsson.]

Tarek was darting in every direction in hopes of disorienting Samuel. On one particular rhythm step, Tarek hopped backwards and landed on the top of his foot, causing his ankle to roll. To his credit, he attempted to hobble and hop on one foot to take pain and pressure away from the injury. He efforted to continue fighting.

Samuel sensed what was happening, and did not waste the opportunity to punish Tarek for his undisciplined base. Samuel pounced on Tarek, applied some brutal ground and pound to his downed opponent, and no more than a moment or two later, the fight was called due to Terek’s inability to continue on his feet.

The twist of fate, via twist of ankle, may still leave doubt in the naysayers minds that it wasn’t 100 percent Ericsson’s effort that put Khelifi away on Saturday... But anyone that watched the fight knew Samuel Ericsson was putting on an impressive display of skill and heart.

FROM INFLUENCER TO ENFORCER 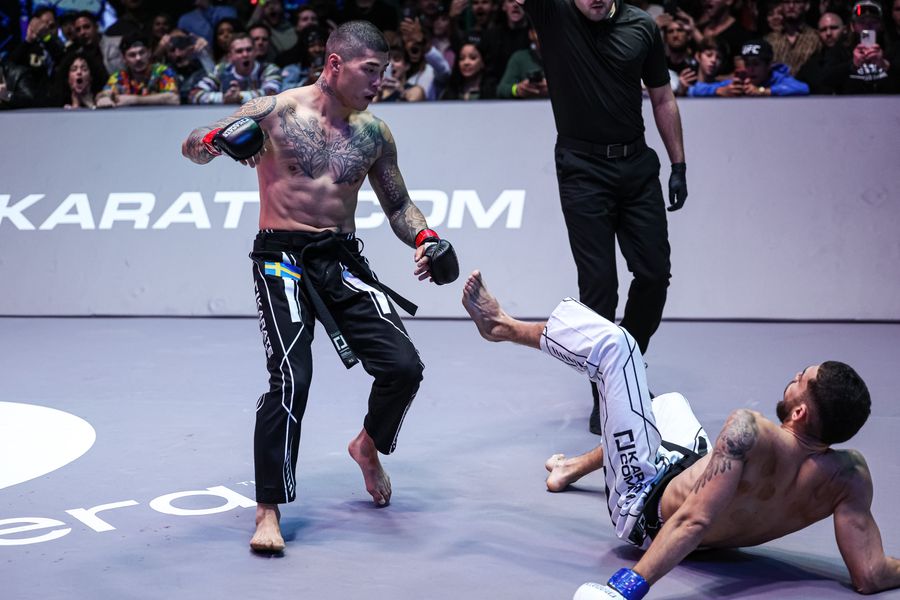 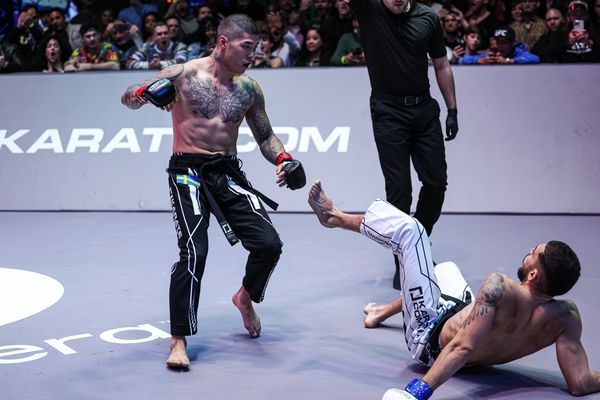 Ericsson left the flash and flair at home on Saturday. He stoically made his way to the pit, put his hands up, and pushed the pace in every round.

Biting down on his mouthpiece, Ericsson dropped Tarek with a devastating right hand in the very first round.

In the second round, Ericsson ate a shot similar to the one he provided Tarek. Like a consummate professional, but he immediately recovered. We learned that when push comes to shove, Samuel has the hands, heart AND chin required to make it as a professional fighter.

WHAT'S NEXT FOR ERICSSON? 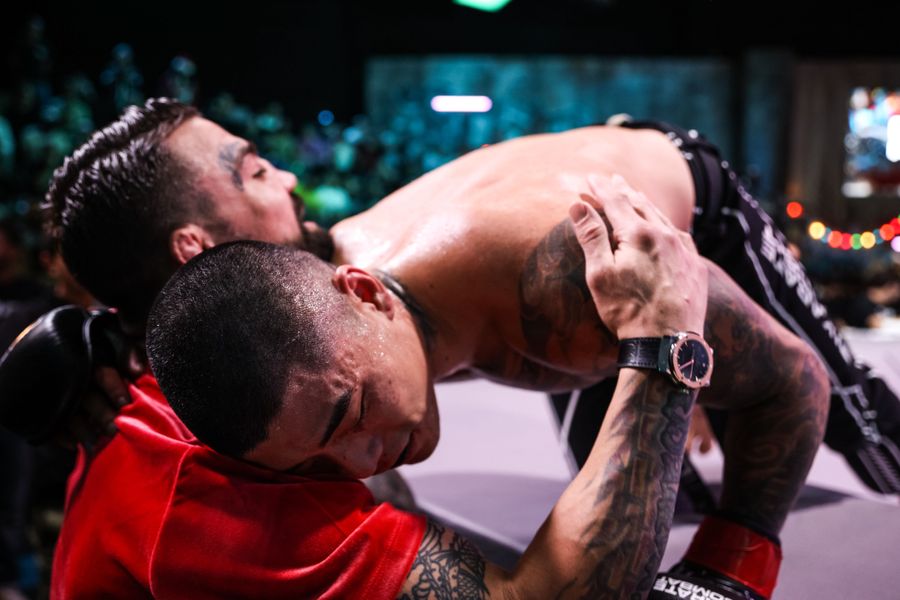 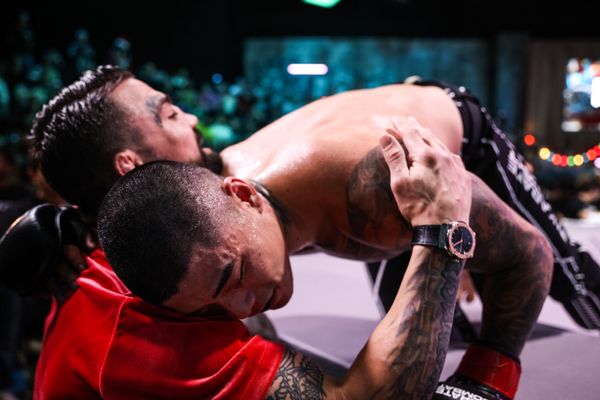 Following Ericsson’s impressive outing at KC37, Karate Combat President Adam Kovacs assured fans that Samuel is hungry to compete, and we should expect to see him back in the Pit for another impressive display of skill.

Until then, be sure to catch a replay of all the intense action KC37 had to offer HERE.

SIGNUP FOR THE KARATE COMBAT AIRDROP 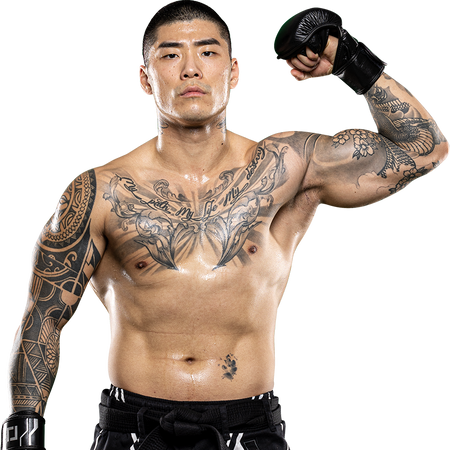 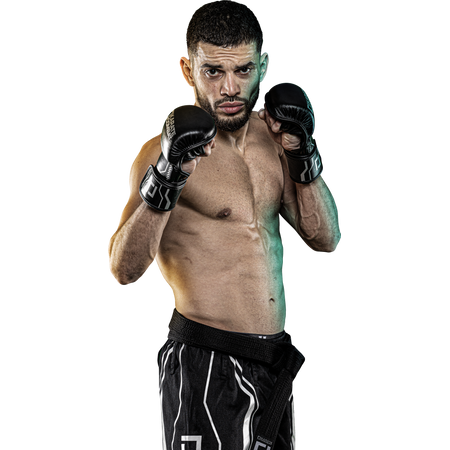