Karate Combat Week 5: The Golden Belt and a Stunning K.O.

Karate Combat Week 5: The Golden Belt and a Stunning K.O.

Joshua "The Preacher" Quayhagen won the first ever 75kg title in Karate Combat history, and Belgian fighter Bryan van Waesberghe knocked out his opponent with a kick to the head

Once again, a handful of the world’s elite met in the mysterious extraterrestrial wasteland as Karate Combat’s second season entered its fifth week. With a title up for grabs in addition to two men fighting to solidify their place, this week felt special. As usual, excitement was plentiful.

15 minutes (two more rounds than the league's usual bouts) were on the clock to decide who would walk away with Karate Combat’s inaugural 75kg golden belt. It only took 8:36. Joshua Quayhagen of Lake Charles, Louisiana emerged victorious after a hard fought battle with Jerome Brown of London, England.

With the prospect to become recognized as a champion on the line, the two fighters held nothing back. Taking full advantage of his height and reach, Brown was content to begin the festivities with long range weapons to keep “The Preacher” at bay. Quayhagen was forced to come forward through the hornet’s nest of straight punches and lead leg side kicks from the open stance. Brown appeared to get the better of the ensuing exchanges as his timing and footwork allowed him to minimize the effectiveness of Quayhagen attempts at pressure.

The action didn’t let up once the next round started. While Brown again played to his size, he turned up the aggression and met his opponent halfway leading into the exchanges. Wisely, the American slightly switched his approach by incorporating more pure boxing. Finding his way to the inside with looping punches, Quayhagen ended the second with the momentum slightly on his side. 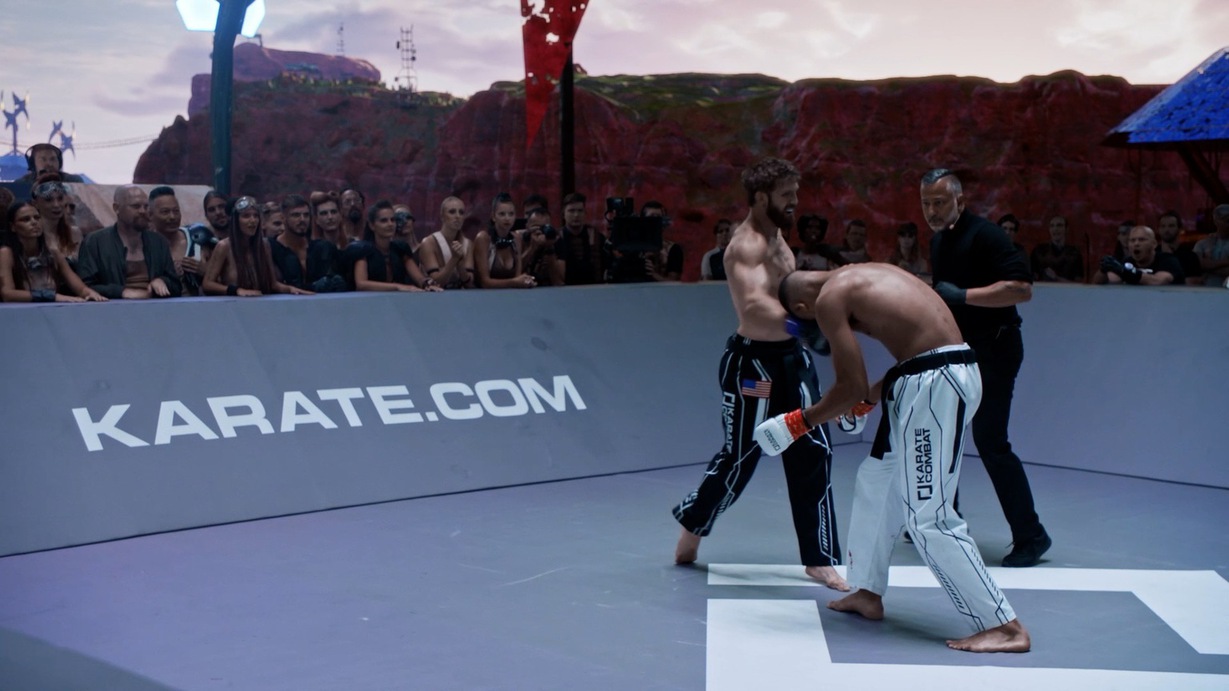 That trend would continue upon the beginning of the third frame. As Brown seemed to struggle to find the footing that led to his early success, Quayhagen cranked up the pressure and added some sneaky body shots. As Brown continued to slow, the inside striking continued with a generous serving of midsection attacks. With nothing left in the tank  “The Brown Bear” was helpless to the onslaught forcing the referee to end the contest, tainting the British fighter's previously undefeated record.

Earlier in the evening, Bryan Van Waesberghe of Belgium and Lehad Cisse of France and Senegal fought to earn their first Karate Combat win. After a quick flurry to establish his power and rudely welcome the debuting Waesberghe to full contact fighting, Cisse took to the center of the pit looking to counter. Waesberghe ate punches while moving toward his opponent with single shots. Just as the judges were ready to write 10-9 on the scorecards for Cisse, the Sengalese born Parisian would have his lights put out by a perfectly timed head kick that snuck in over the low guard. "That'll do it," Bas Rutten said over the slo motion replay. "Night night."