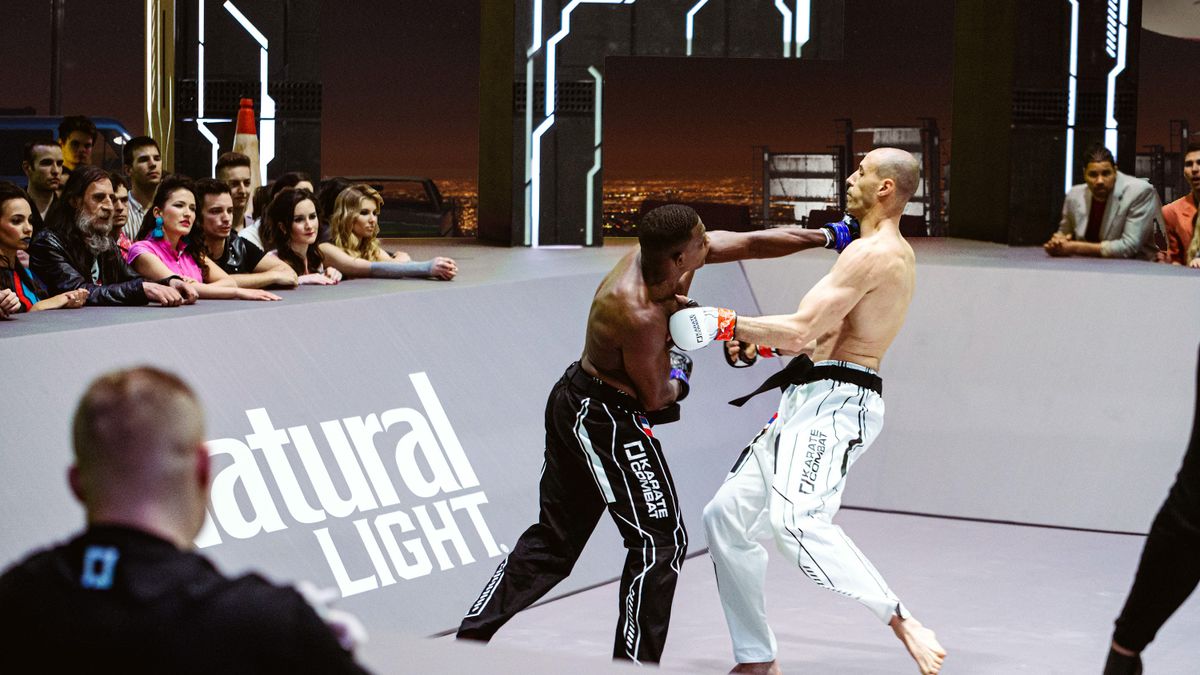 This year, Karate is debuting at the Olympics in Tokyo, not too far from its ancestral home of Okinawa.

Some past & future Karate Combat fighters are in the Olympics themselves, but it's a very different kind of karate.

Whereas Olympians will compete in Kumite (sparring) and Kata (form demonstrations), Karate Combat athletes - however flashy their styles - are not graded on Kata, and there is no distinct contest for it in our ranks.

Karate Combat is Full-Contact karate. There is zero contact in Kata, regardless of how impressive such a display of memory, discipline, form and technique may be.

So, what separates Full-Contact karate fighting from the type of Kumite sparring put on during the Olympics? 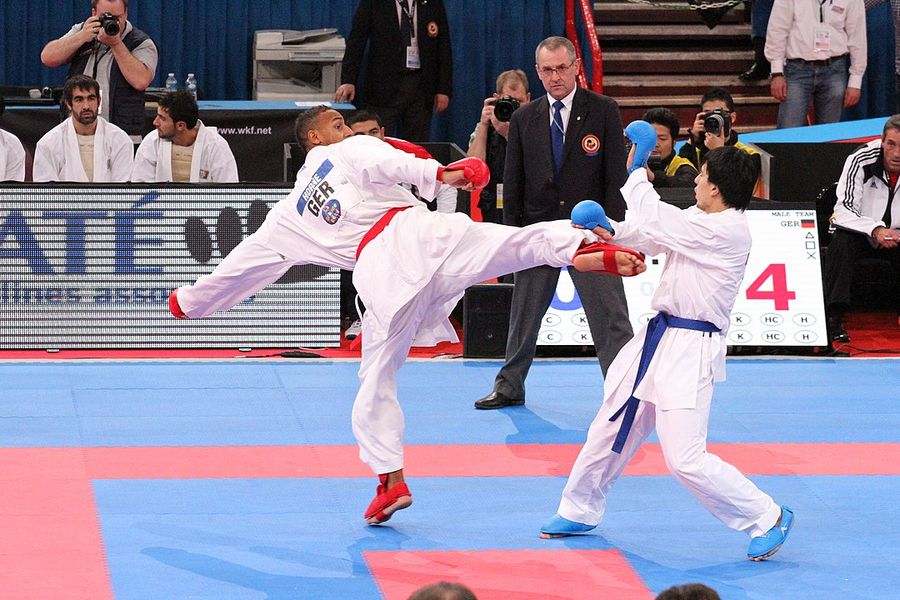 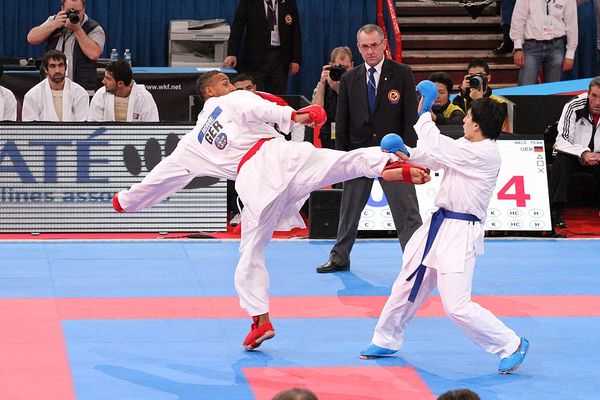 Olympic Karate can be colloquially referred to as "point karate," a phrase that usually implies a restricted amount of contact. That is to say, the amount of force with which a blow can be delivered is limited.

Excessive contact in Olympic Karate will earn you a sanction. There are varying degrees of sanctions, but it's safe to say that the punishment could be harsh if you knocked your opponent unconscious.

The purpose of point karate is not to incapacitate your opponent, but (in the case of the Tokyo Olympics) to earn eight points more than them at any moment, or amass the most points (if less than eight) by the end of a single 3-minute round.

Olympians will compete in their full gi (karate uniform) and with both their hands and feet substantially padded (see photo above). They also wear chest and shin protection.

Karate Combat fighters only don the lower half of the gi, and wear thinner pro-fighting style gloves. There are no chest, shin, or foot pads worn in Karate Combat. Which brings us to... 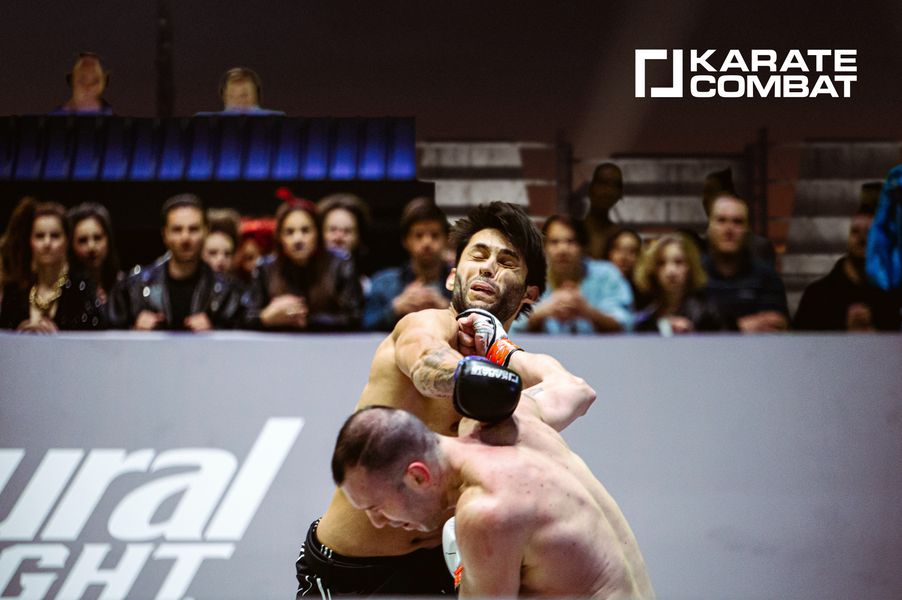 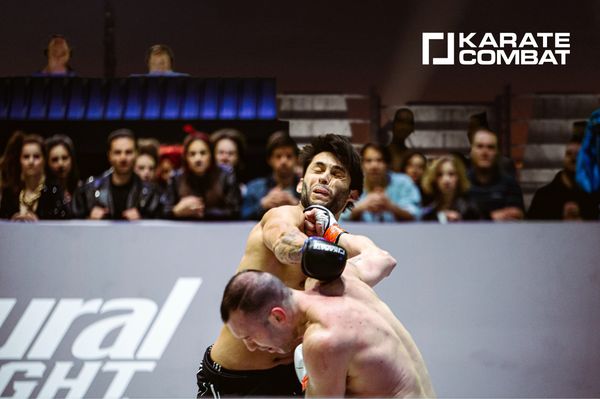 You won't see strikes like this in Olympic karate. (S3, Event 5, Gidakos vs. de Bastos)

While you can read the exhaustive list of our rules here, I'll provide a more general understanding to help explain the contrast.

Karate Combat rewards aggression and power, and there are no punishments for a fighter who uses 100% of their might to deliver a blow. Many [most?] of the punches and kicks our karatekas throw would be sanctionable offenses in Olympic karate.

Judging, like in most other professional combat sports (incl. boxing and mixed martial arts), is more subjective here, so it behooves a fighter to take the decision out of the judges' hands by finishing it themselves.

In Karate Combat, the action doesn't stop to recognize the acquisition of a point. Even following a takedown, a fighter has five seconds to deliver as much damage as possible before being stood back up, when upon the fight will immediately continue. 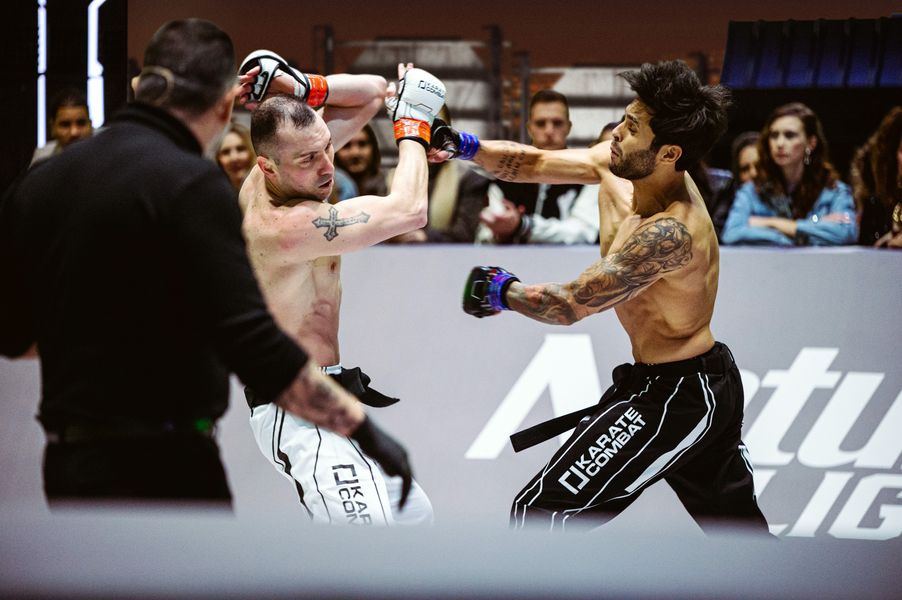 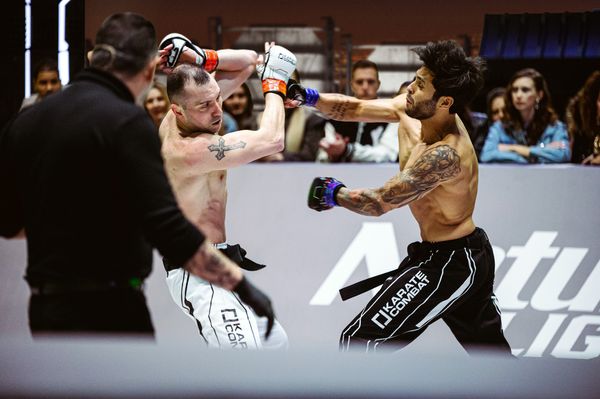 The Karate Combat fighters will participate in three 3-minute rounds. Of course, a Championship match in Karate Combat would entitle the fighters to two additional rounds of that length, for a total of five. (Even the Olympic contest for Gold will be just one 3-minute-long round.)

And ties? Well, in Olympic karate, judges adhere to their point-based system, and ties are broken by awarding the win to the competitor who struck their opponent first. In Karate Combat, ties are broken with a "Sudden Victory" round.

Yes, it can even happen in a Championship fight, for a grand total of Six 3-minute rounds.

The Olympians will compete on an 8-meters-squared tatami mat, and receive warnings if they venture off the allotted range. In Karate Combat, fighters drop down into The Pit. There is no way to venture out of range!

Further, in Olympic karate, whenever a point is scored, the action is paused and the timer is stopped. Can you imagine if they stopped the match every time a punch or kick was landed in Karate Combat? No chance!

Once you enter The Pit, you must be prepared to endure anything that comes your way.

Next, Meet the Karate Combat Olympians, and please Subscribe to Stay Up to Date! 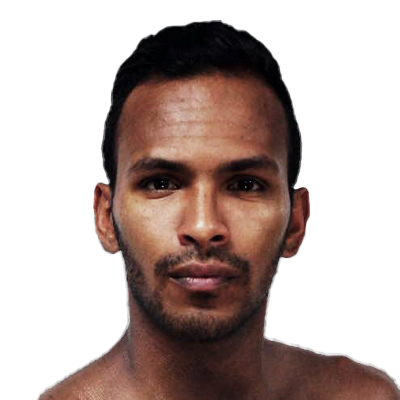 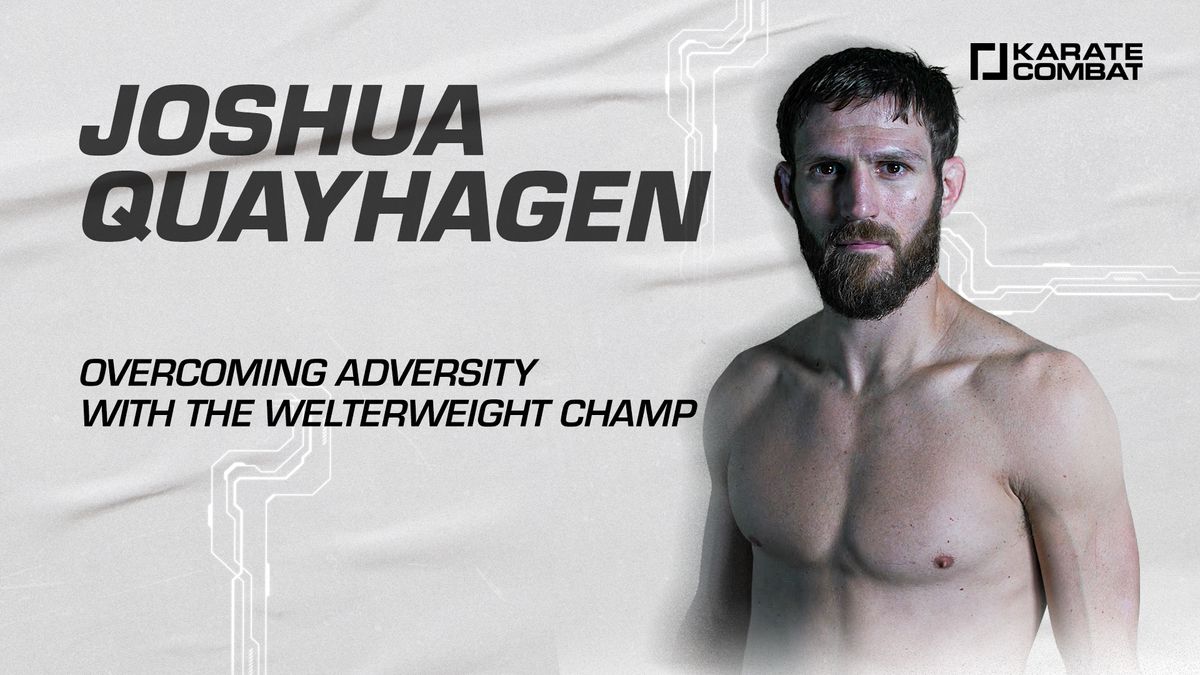