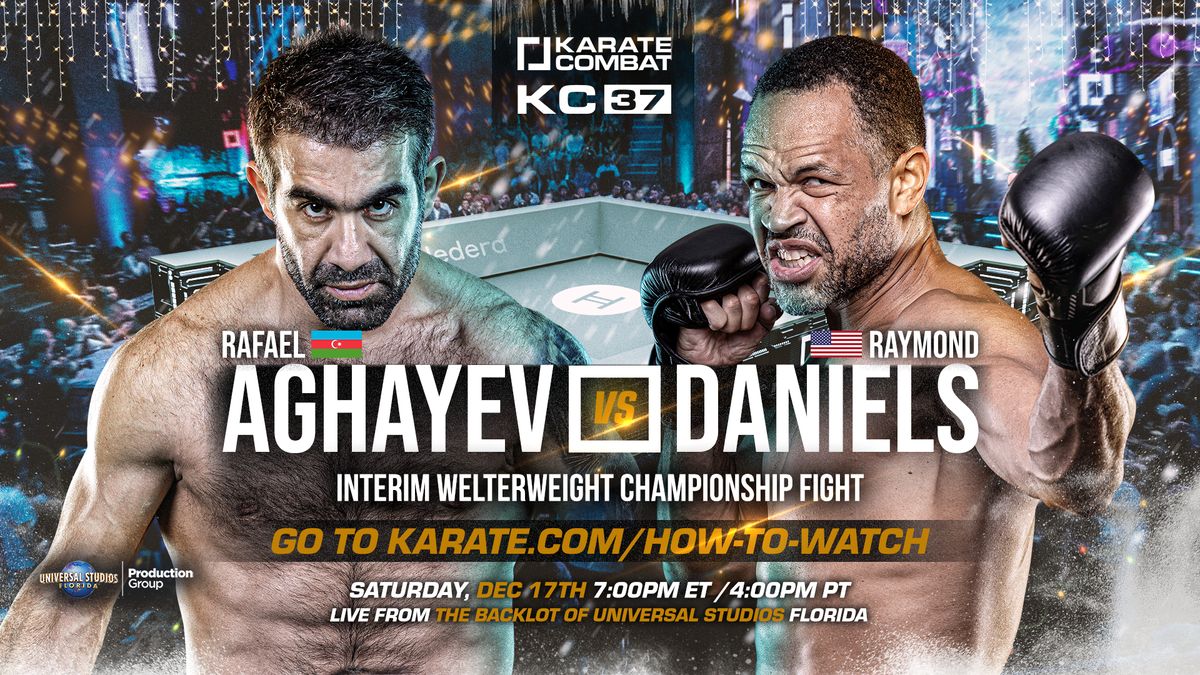 Georges St-Pierre describes Raymond ‘Real Deal’ Daniels as “the greatest striker I’ve ever seen” and used to bring the Californian into his training camps during his record-setting run as UFC welterweight champion.

Rafael Aghayev, from Azerbaijan in the former USSR, is the world’s most decorated striker, a five-time world champion and eleven-time European champion in Olympic-style karate and a medalist in the 2020 Olympic Games in Tokyo.

Now the two titans are finally set to meet and settle the question of which of them is the greatest of all time in Karate Combat’s infamous Pit on Saturday, December 17th as the main event of Karate Combat 37, live from The Backlot at Universal Studios Florida. 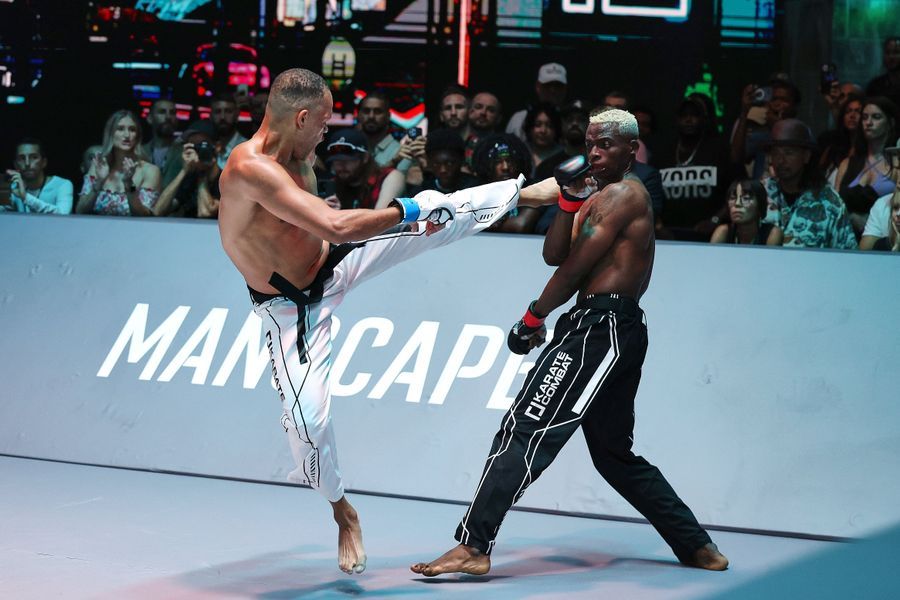 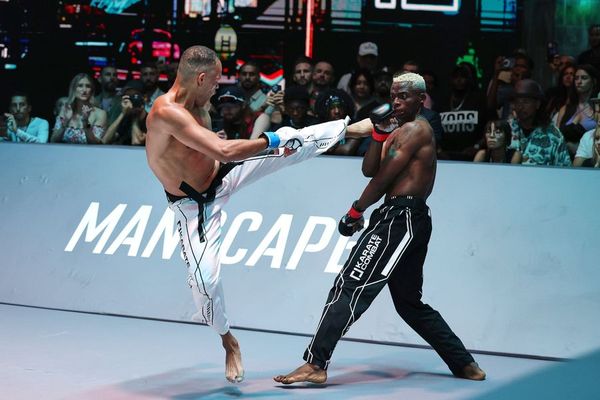 “He’s only competed in his own discipline. He’s been the best at it, but he’s never stepped outside his own world. You can be the biggest dog in your own pound but when you finally step outside you realize it’s a big world out there and there's a lot of big dogs,”

“I don't want to hurt anyone’s feelings, but I am the greatest and I'm willing to put my name versus his name. If he wants people to continue calling him the greatest, he shouldn’t fight me. Fighting somebody of my caliber is a big risk for him.” 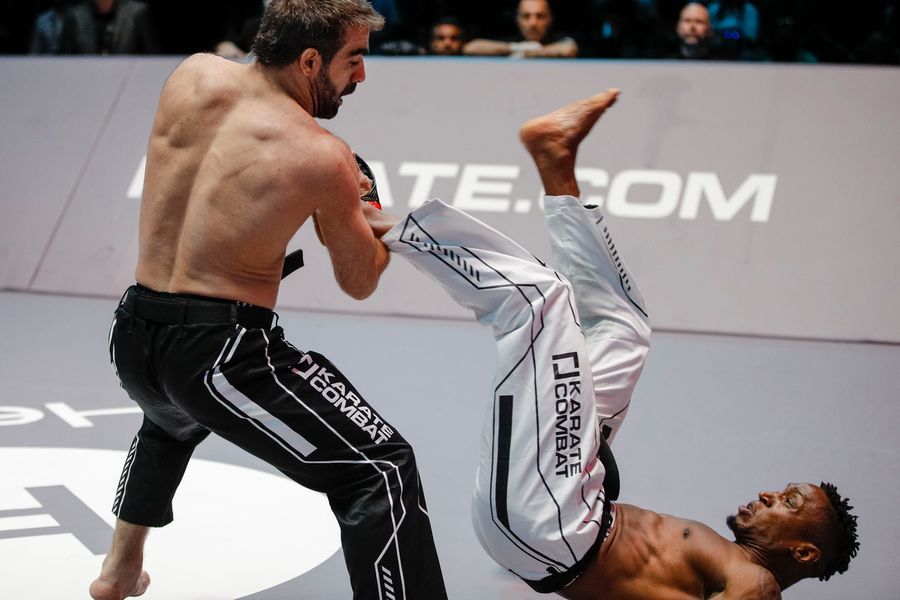 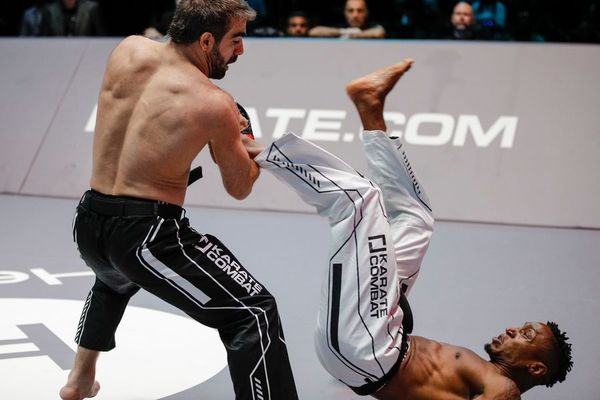 "I don't like to talk too much, I do my talking in the fight. All I will say is that I have won many titles and championships in my career and I am not finished yet. As long as I am alive, I want to be #1 in whatever I am doing. I respect all my opponents, no matter what they say. I treat everyone with respect, because first and foremost I have respect for myself.

"I am always pleased when people describe me as the best ever, but there are no tricks or secrets in my success - it's all because of hard work and hard training. I am still working as hard as ever and I am still fully focused on being #1. I look forward to meeting Raymond Daniels in December."

‘GOAT’ status isn’t the only thing on the line when the two collide on December 17. The winner will take possession of the Karate Combat Interim World Welterweight Championship, putting himself in pole position for a title shot when injured champion Josh Quayhagen returns in 2023.

Aghayev is 3-0 in Karate Combat’s welterweight division while Daniels - who has competed professionally for GLORY, Bellator and STRIKEFORCE - made a successful debut in Karate Combat earlier this year.

Daniels’ unorthodox repertoire has resulted in some of the most spectacular knockouts in fight sport history, while Aghayev’s defensive skills have at times appeared superhuman. Between them they have been the subject of numerous highlight videos on platforms such as YouTube, where their combined views run into the tens of millions.

“This is one of those all-time wishlist fights in our sport, on par with Mayweather vs Pacquiao . Rafael Aghayev is the best competitor of all time in Olympic karate and Raymond Daniels holds the same status across a variety of disciplines. Nobody was ever able to make this fight happen - until now,” 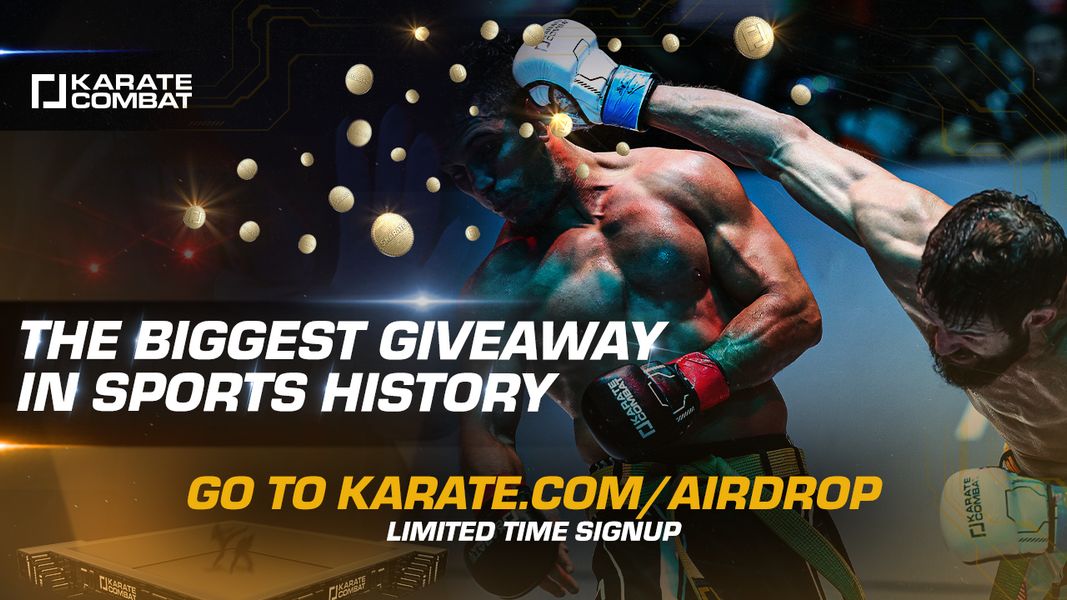 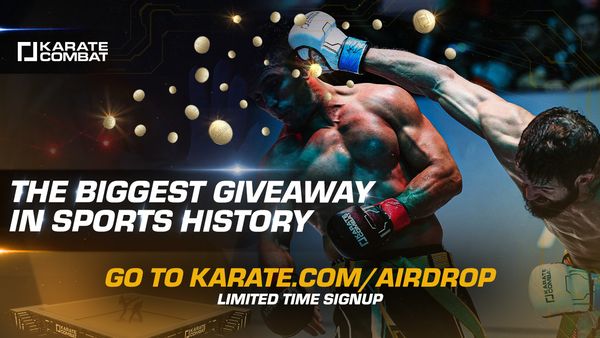