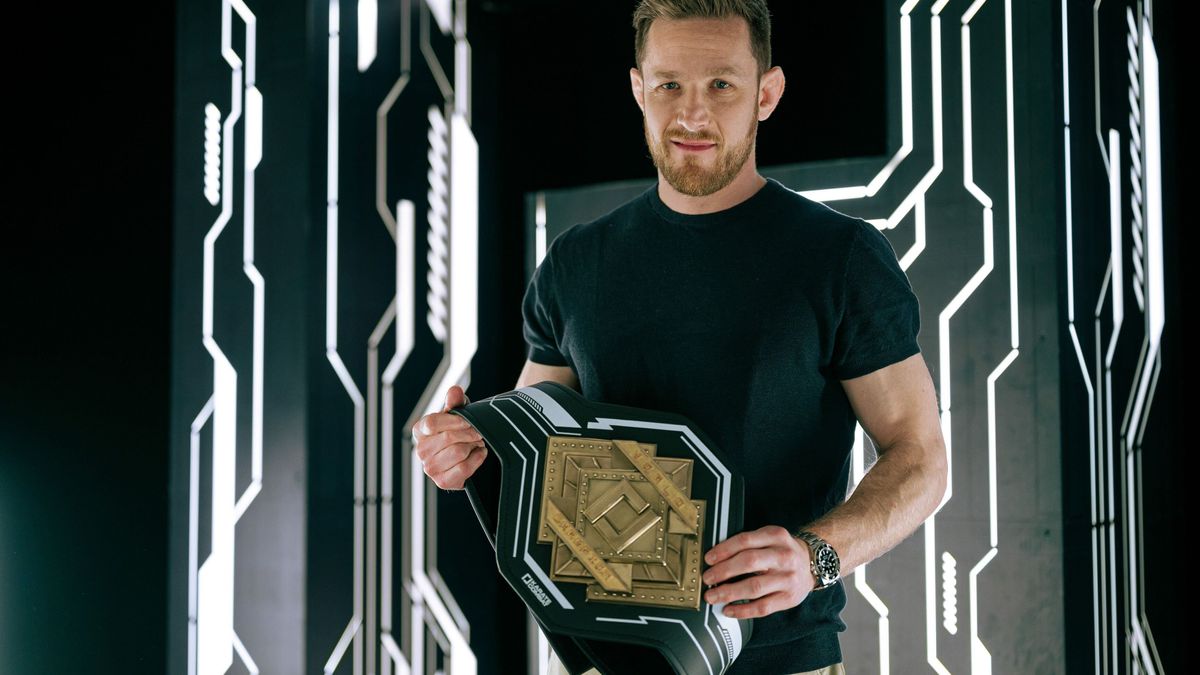 Following the controversial end (in the men’s 75kg+ division), Karate Combat is offering both participants a rematch under full-contact professional rules.

Tareg Hamedi of Saudi Arabia was ahead on points by 4-to-1 when he threw a kick which accidentally knocked his Iranian opponent Sajjad Ganjzadeh out.

Despite the fact that Ganjzadeh was in the midst of launching an attack of his own at the time - thus multiplying the force of the impact via his own forward momentum - the judges decreed that Hamedi had broken the rules by failing to control the power of his kick.

Ganjzadeh spent considerable time lying on the tatami mat before being stretchered off, but managed to walk back into the arena to collect the Olympic gold medal, while Hamedi was relegated to silver. 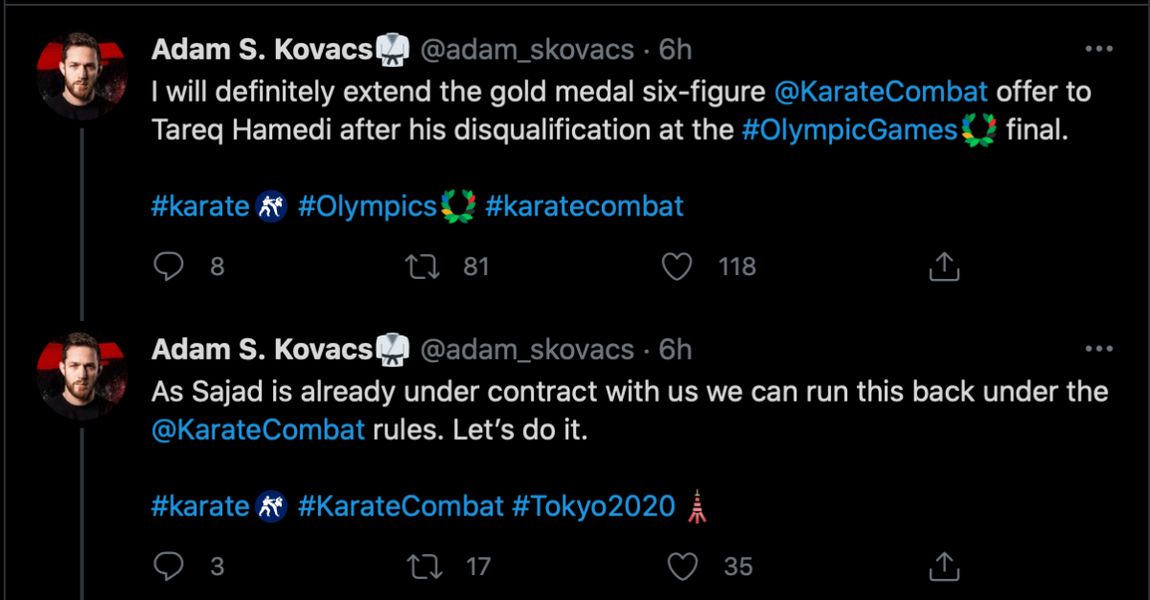 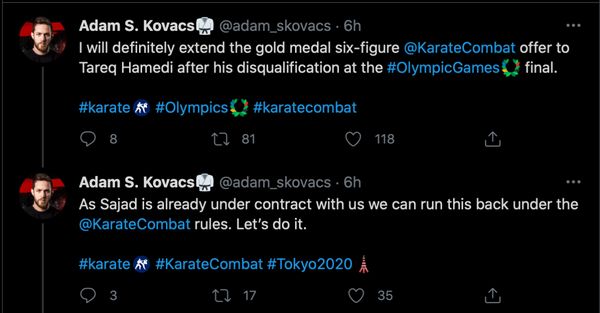 Many on Social Media are Phrasing the Olympic Result a "Robbery"

“Hamedi was ahead on points when he threw that beautifully-timed kick. It should have won him the match. Instead he got disqualified because Olympic karate rules are semi-contact and you are penalized for using excessive force,” said Karate Combat president Adam Kovacs.

“I love amateur karate - I was a world-level competitor myself - but you don’t find this rule in other amateur combat sports like boxing, wrestling or judo. I think it’s bad for our sport, which is part of what drove us to create a full-contact professional karate league. I think Hamedi was robbed of a gold medal and I don’t think that’s how Ganjzadeh wanted to win either. So we’re offering both fighters a rematch in Karate Combat under full-contact rules before the end of the year.

"We’ve already got a contract signed with Ganjzadeh. Now we’re reaching out to sign Hamedi and get this rematch made.”

Earlier this week the organization announced that it would be offering six-figure professional contracts to every gold medalist in the kumite (freestyle fighting) section of the competition, along with contract offers to select silver and bronze medalists.

Karate Combat already has several Olympic medalists under contract, including Azerbaijan’s Rafael Aghayev, who won silver in the -75kg (-165 lb) category, one weight class below Hamedi and Ganjzadeh.

Stay apprised of this situation and get all the Karate Combat news. Subscribe to our newsletter to ensure you don't miss the possibility of this rematch!